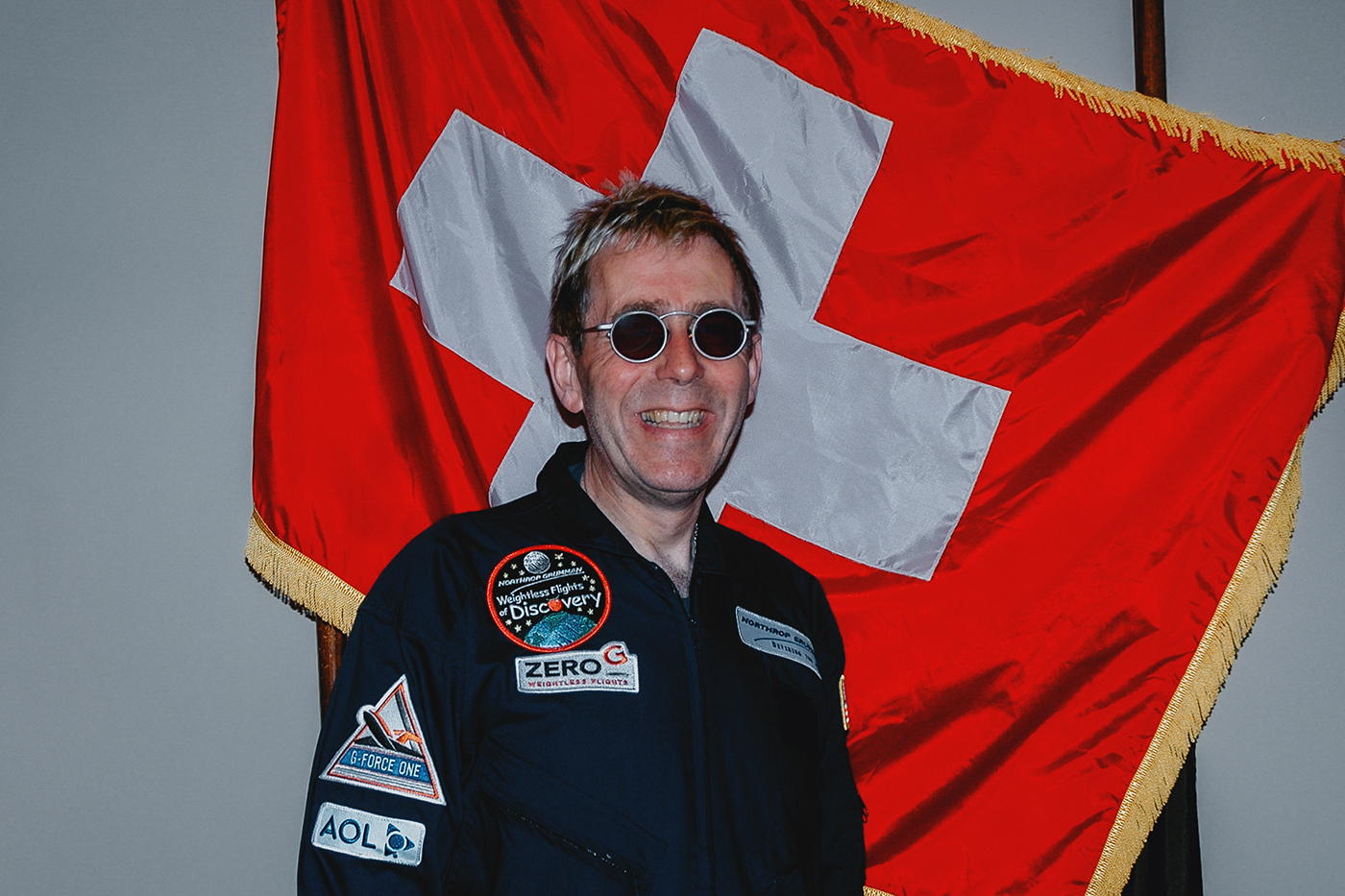 Angela Hill, a science teacher at Davis Mill Middle School, does a push-up with three fellow passengers on her back. That feat was possible because of the plane's parabolic flight hat makes people seem to weigh much less than they do on Earth's surface.

Jay Gordon, a math teacher at Davis Mill Middle School, goes head over heels as Angela Hill, a science teacher at the same school, tries to stay on the floor during the flight.

Weightlessness brings shouts and laughs: 'This is so sweet'

It's as if you're tethered to the floor, flat on your back and suddenly someone cuts the string attaching you to Earth.
You rise, lifting your head to look around, and you're floating and laughing, incredulous at the feeling of losing your grip on the surface. Your mouth opens in awe as you watch others spin through the air.
It's weightless flight, what astronauts feel in space, and something more than 80 teachers experienced this weekend over the skies of Alabama.
''This is so sweet," a grinning Jay Gordon said over and over as he free-floated Friday night inside a converted Boeing 727. The plane swooped along through the sky in arcs, or parabolas, creating in one instance the heavy sensation of almost two times his body weight, then to another of weightlessness.
Gordon, who until recently taught math at Davis Hills Middle School, will take the experiences of jumping rope, tossing a yo-yo and just having a blast being weightless to a new job teaching at Thompson High School in Shelby County in two weeks.
Having teachers take their glimpse into microgravity back to students is the goal of Northrop Grumman's Weightless Flights of Discovery. Teachers attend hands-on workshops and then practice the experiments in the sky during the same kind of flights astronauts take to prepare for space travel. Flights on a similar NASA aircraft based in Houston were how the space scenes in the movie "Apollo 13" were filmed.
Northrop is sponsoring the program in which 240 teachers will participate in 12 flights. Huntsville WII the second stop on a five-city schedule, which began in June at Kennedy Space Center in Florida and will end in September in Washington, D.C. San Diego and Cleveland are also sites.
Last week’s flights were the culmination of International Space Camp for teachers from 48 states, five U.S. territories and 24 countries. Several local teachers and some from Mississippi Gulf Coast schools got to join the trip into weightlessness as well, courtesy of Northrop.
The defense contractor is working with Zero-G, a Las Vegas company, to provide the teacher flights. Zero-G offers commercial weightless flights, taking customers on a 90-minute flight that includes 15 parabolic maneuvers. The cost is $3,750 a seat.
This isn’t NASA's "vomit comet," and with anti-nausea medication and a smooth transition between altitudes, passengers hardly know the plane is making arcs in the sky.
The 27 passengers, three flight coaches and four crew members on Friday's "Zero Gravity Flight 76 sat in airline seats at the back of the jet for takeoff. Then it was time to unbuckle and lie face-up on a padded floor in the 70-foot-long "floating zone."

A Converted Boeing 727prepares to take off Friday and give teachers a taste of microgravity conditions similar to those experienced by astronauts. The teachers are participating in Northrop Grumman's Weightless Flights of Discovery program.
As the plane began arcing up from 24,000 feet, gravity increased to 1.8 times of that on Earth, making a person feel as though he or she was being pulled into the floor. As the plane reached the top of a parabola, the gravitational force began to lessen. The first parabola brought the passengers to the equivalent of Martian gravity, which is one-third that of Earth's. The next four maneuvers re-created what it would feel like to be on the moon, or one-sixth the gravity on Earth.
Then it was time to head into a steeper arc and microgravity. Everybody began to rise off the floor, and a cacophony of shouts and laughter filled the plane. Each of the next ten maneuvers lasted about 25 seconds, long enough to watch oil and vinegar mix inside a test tube or for a teacher to attempt to jump rope.
“This is definitely like a kid,” said Kimberly Oliver, just before floating from the floor into her first round of micro¬gravity.
Oliver, of Broad Acres Elementary School in Silver Spring, Md., is the National Teacher of the Year. She did some experiments for the cameras, including some that involved the movement of colorful M&Ms in a bag - her kids know about M&Ms, she said.

'I’m so psyched'
Kathy Hudson, who teaches chemistry and physics at Vancleave High School in Vancleave, Miss., said when students see their teachers doing some of the same training as astronauts and performing their experiments, it will give the instructors new credibility.
"They are going to be so amazed," she said. "I am so psyched."
The Zero-G ride also happened to be Hudson's first flight of any kind. People tried to get her to fly up for International Space Camp, but she didn't.
"I said, 'No, my first flight's going to be in zero gravity,'" she said
Luke Bergeson, a third-grade teacher at University Place Elementary, floated on his back and watched a bag of Goldfish crackers move around in a zip-top bag. He and Jennifer Johnson, a first-grade teacher at Morris Elementary, need visuals to help their children begin to grasp the concept of gravity.
More importantly, they wanted their kids to understand how exciting it is to float in the air.
“If they see somebody they know do something like this, hopefully it will be motivating for them,'' Bergeson said.
Before the Zero-G plane took off from Signature Aviation at Huntsville International Airport, Jay Gordon and Fred Strand, North Dakota's Teacher of the Year, compared notes on how to use the flight to teach math.
“We can use the parabolic flight and have the kids figure out the slope of the parabola in order to determine the force of gravity you would be feeling at that particular slope,'' Gordon said.

'Everyday relevance'
His experience would also help his students see that "math is everyday life, it's how we survive. Here, you can take some¬thing that elementary, that you use as a sophomore or junior (in high school), and apply it to everyday relevance."
Angie Hill, who teaches physical science at Davis Hills Middle, said she wants to use her weightless experience "to spark the students' interest in being able to do what they already know. Floating in space really is available" and some¬thing her students have in their own backyard as residents of the Rocket City.
Northrop figures each teacher who makes the weightless flight will reach hundreds of students, potentially creating the future scientists, mathematicians and engineers who will take us back to the moon and to Mars, said Sophia Kim, manager of Weightless Flights of Discovery.
“To me that's what this program is - it's priceless," she said. "It's such an investment in our future."